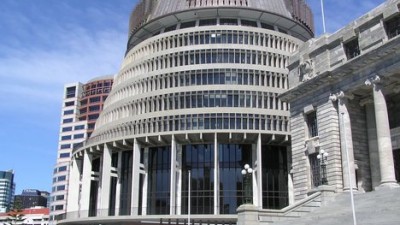 We are very pleased to announce that Unreal Films has been re-signed as training and community outreach film supplier to the New Zealand Electoral Commission for another three years, starting now and heading through the expected late-2014 General Election.

Its a delight working with old friends at the NZEC, where this peculiar line of work started for us back in the early 2000s. They were willing to take a chance on a scary-sounding, completely untested new idea then, and deserve a huge slice of the credit for everything these films have been able to achieve elsewhere since. Robert leads a small, really happy team who achieve a lot with limited resources; they provide great value to the New Zealand taxpayer who, I guess as it should be, take it all very much for granted. I don’t though… and its awesome to be back in the saddle.

Early development work is already suggesting some great original concepts to play with… its a bit early to be sure, but it appears that three cycles worth of consistent pounding away at the “usual suspects” in the training products (the perennials, like process compliance and active use of the manuals) has moved actual frontliner performance in the real world far enough that we’ll have the space and opportunity to address some whole new things this time around. That is genuinely exciting, and very satisfying.

Likewise the ongoing emergence of multiple social media platforms as increasingly viable ways to reach various traditionally difficult-to-reach communities creates some cool opportunities to broaden out reach and ambitions in getting people engaged in the democratic process. We are working with Stasi Turnbull and Richard Thornton, who in my view have put some extraordinary runs on the board in the social media space, especially during the recent Maori Roll option campaign, to work out how to achieve maximum bang for the ever-limited buck across the ever-more-balkanised range of distribution channels. We are circling around what I suspect will be a extremely cool and perhaps slightly revolutionary concept for a common development hub yielding multiple targeted outreach films at low per-film cost; early days yet, but a great idea I suspect, and a new and exciting model for integrated, mature communications planning.

So, all GREAT stuff. I very much look forward to telling you more about it as we progress, and showing you the end results in due course.