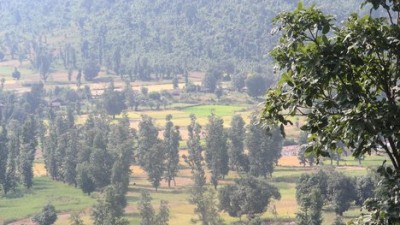 India’s Gujarat state election administration has adopted a policy that no voter should have to travel more than 2km to vote.

The New York Times reports that, despite their enormously dense population, this is having some interesting unintended consequences.

Mahant Bharatdas, the sole resident of Benej, will luxuriate in his very own personal polling station, complete with a staff of five. When he has voted they will pack up and go home. They are perhaps hoping he doesn’t decide on lunch first (or, if paid by the hour, may be hoping that he does!). One certainly would hope that he does indeed get around to voting at all.