“Tony has a fantastic reputation in New Zealand for producing and directing television documentaries of quality, integrity and creativity. Having directed and produced over 100 documentaries and /or current affairs shows in our country… We are very happy to be invited to offer this letter of support to Tony and hope that we get a chance to work with him.”

The best I’ve ever worked with.

“EXCEEDED MY EVERY EXPECTATION” 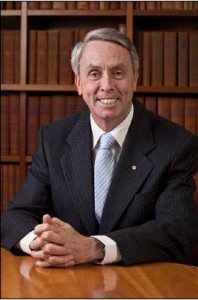 Having observed the work of Unreal Films in New Zealand in 2011, the company was engaged to produce a similar visual training product. In Western Australia the concept was to make a short high level expose that was expanded to include a second longer production identifying all the critical operational elements of a polling place on polling day.

Tony Sutorius’ work at all stages of production was first class; a series of management and expert group meetings led to production design, filming and editing. Tony’s knowledge of the electoral process coupled with his understanding of how to ‘engage’ the audience proved very effective – he instinctively knew what would work and offered relevant and pointed advice.

I could not be happier with the final production from Unreal Films; it has exceeded my every expectation and will prove pivotal in the training of Returning Officers, Polling Place Managers and casual polling staff.

“I HAVE BEEN PERSONALLY PROUD OF THE RESULTS”

I first met Tony after New Zealand’s 2002 general election when he pitched for the contract to make the Chief Electoral Office’s first set of training DVDs for our field staff. New Zealand delivers around three hours of training to all of its 15,000 or so temporary election staff in the two and a half weeks before election day using a cascade training structure. We wanted the DVDs to provide the platform for training to be delivered to a prescribed national standard across the country.

We envisaged a carefully scripted, professionally acted, film to deliver our messages. Tony proposed a quite different approach instead; talking in-depth to us and field staff with a range of experiences about our problems and challenges to identify what the film needs to say and then using real people without scripts to deliver the content in scenarios that were as realistic as possible.

Not without some trepidation, we decided to give Tony a go. He was right. His method worked. Staff found the film real and engaging. Since then Tony, through his company Unreal Films, has produced training films for advance voting, polling place and headquarters staff for the 2008 and 2011 general elections. Each series of films has been an improvement on the previous election’s (reflecting the Commission’s and Tony’s commitment to continuous improvement). We have also used Tony to produce information films for the deaf community, for persons with learning disabilities and their carers, and a film explaining the 2011 referendum on the voting system. These have been very well received by the public and I have been personally proud of the results.

The Electoral Commission has engaged Tony through his company to produce our training and outreach films for the 2014 election. Tony is passionate about democracy and promoting participation. He has worked closely and collaboratively with the staff of the commission. He has become quite expert in electoral processes and the operational and logistical challenges delivering elections presents. He is a genius for getting the best out of people and presenting them engagingly on screen. I have found him to be absolutely committed to delivering first class results. I recommend him without reservation. 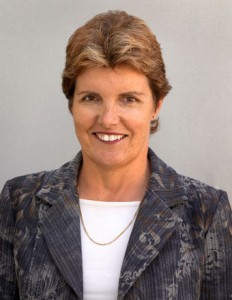 The Victorian Electoral Commission (VEC) first engaged Tony Sutorius of Unreal Films after observing the work he had done for the New Zealand Electoral Commission. Tony produced a training DVD for around 17,000 election officials appointed to assist on election day for the 2006 Victorian State election. The DVD supplemented other training materials and was designed to convey important messages about the VEC’s expectations of each election official appointed to work at Victoria’s 1,800 voting centres. The quality and effectiveness of the DVD exceeded expectations and gave the VEC a level of confidence that all election officials had received consistent messages regarding expected standards.

The DVD was used again for the 2010 Victorian State election with minor edits to reflect new legislation. Tony has produced further audio visual products for the VEC including: a short visual explanation of the proportional representation counting system; an inspirational video for people living with a disability, their families and carers, called Voting is for Everyone, designed to challenge the myths around voting and disability; a DVD for mobile election officials providing electoral services at nursing homes, other aged care facilities and hospitals; and is currently working on a short piece to assist aspiring senior election officials to understand the role of an Election Manager or Returning Officer at Victorian State and Local Government elections.

Tony has a great understanding of effective training techniques and puts considerable time into understanding the key messages to be conveyed, the target audience, and how he can move the audience from where they are to where the organisation wants them to be. His films are authentic and engaging.

I have no hesitation in recommending Tony’s work to other organisations seeking to utilize quality films to effect behavioural change.